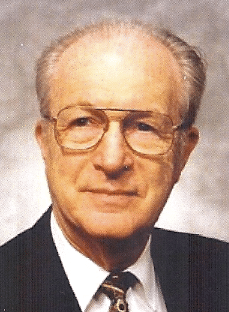 It was in the spring of 1979 when God jolted me out of my apathy and convicted me of the necessity to take a stand on the most controversial issue of the day — abortion. Then the only significant organized opposition to the growing numbers of abortions in America came from the Roman Catholic Church. This was what is now referred to as the “first wave” of the prolife movement. At the time it was primarily Catholic leaders who were articulating opposition to abortion and why its acceptance was clearly violative of Christian ethics, morals, and teaching. Protestant leaders, for the most part, were silent on the issue because it was perceived as a “Catholic thing.”

Suddenly, a book and movie burst upon the scenes and many Protestants woke up to what was happening. Whatever Happened to the Human Race, authored by Protestant theologian Frances Schaeffer and Dr. C. Everitt Koop (who later became the Surgeon General in the Reagan Administration), eloquently proclaimed a Christian apologetic for the prolife cause and an agenda to reverse the trend of abortion on demand that was sweeping the nation. Schaeffer, Koop, and Dr. Mildred Jefferson, (the first black female to graduate from Yale medical school) toured the country showing the film and challenging Protestants — particularly Evangelicals — to take a stand against abortion.

Laura, my wife, and I were moved to join this “second wave” of the prolife cause, which consisted of thousands of young Evangelical Christians. In those early days we read virtually every source we could get our hands on about the issue. One resource, however, was particularly valuable and it permanently solidified in our minds the apologetic for the prolife message — Handbook on Abortion by Dr. Jack Willke, a Cincinnati physician and his wife Barbara, a registered nurse. This resource provided all the data and arguments to confront the acceptance of abortion on demand and reading it gave us great confidence in the truth of our newly found mission.

Dr. Willke, or Jack as I would call him years later when we became personal friends, passed away on Friday February 19, 2015. His wife Barbara preceded him in death two years earlier. Jack has been appropriately referred to as the father of the modern-day prolife movement. And, indeed, he was. His writings and research over the years challenged a new generation of leaders in the prolife movement and established a foundation which millions of Americans have relied upon when educating their fellow countrymen of the travesty of the devaluation of human life through abortion, which has taken the lives of more than 57 million unborn since 1973.

I met Jack Wilke in 1988 when I took a job in the Washington D.C. area to lead an evangelical prolife organization. We became friends as our paths crossed numerous times at strategic meetings to coordinate prolife efforts. I am particularly grateful to him for his strong and enthusiastic support for me in 1993 in establishing The National Institute of Family and Life Advocates (NIFLA), a legal network for prolife pregnancy resource centers and pregnancy medical clinics that now number more than 1,360 nationwide. In the early days of NIFLA Jack helped raise significant startup funds and promoted our work on his radio commentaries.

Jack’s legacy continues to touch the lives of millions who have taken up his call to arms to speak up for those who cannot speak for themselves. We will miss him but we are comforted knowing that scripture teaches us, “Precious in the eyes of the Lord are the deaths of his saints.” Jack’s journey now has taken him to the land where there is no more death, sorrow or tear, and no more abortion. He has now heard the words, “Well done my good and faithful servant.”

Thank you Lord for giving to us a servant like Jack Willke.